From October 10-27, the Lucas Artists Residency Program at Montalvo hosted a youthful international consortium as 25 musicians (ages 19 – 35) from all over the world gathered for OneBeat, an electrifying fellowship enjoined to collaboratively write, produce, record, and perform genre-shattering musical works. An act of musical diplomacy and an inimitable force of creative energy, OneBeat kicked off its 2015 whirlwind of collaboration and international engagement with its Montalvo residency.  This year’s fellows came from a vast array of backgrounds, chosen because they reject constraints and challenge traditional modes of creativity and thought in their music.
​
​OneBeat is an initiative of the US Department of State’s Bureau of Educational and Cultural Affairs, produced by Bang on a Can’s Found Sound Nation and led by Chris Marianetti, Jeremy Thal, and Elena Moon Park.

Upon arrival at Montalvo, the OneBeat artists came together for the first time in the LAP Commons, sharing meals, activities, and samples of their work during special sessions in the Villa. They sat together around the LAP fireplace late into the night, playing music and beginning to collaborate to create the pieces to be performed at the OneBeat concerts scheduled later in the month, from Oakland to Seattle. While at Montalvo, OneBeat fellows also worked together to design public engagement workshops and informal performances, while learning from one another and the project leaders.

The OneBeat artists gave a free public performance at Montalvo on October 25, 2015. Part concert, part musical festival, the day featured small group performances staged throughout Montalvo's grounds and buildings. About 1000 people came to Montalvo to enjoy the festival, which started in the Italianate Garden and moved up the lawn, culminating in a final performance in the Garden Theater.

These boundary-breaking fellows hailed from 17 different countries and territories, including Russia, Zimbabwe, Egypt, Venezuela, and the U.S., coming together with singular and compelling stories, ranging from experimental producers to deeply-rooted traditional virtuosi to indie-rockers. This year’s fellows included Chor Guan NG, an accomplished sound designer, composer, and environmentalist from Kuala Lumpur, Malaysia; Dragana Tomić, a traditional Balkan vocalist and ethnomusicologist from Belgrade, Serbia, who is one of the country's first professional female kaval players; Vieux Cissokho, a Senegalese Griot musician specializing in the kora; and Katherine Suavita Niño (aka La Real Esa), a circus performer and cumbia accordionist from Bogotá, Colombia who works with communities affected by violence.
​
​Since its founding in 2012, OneBeat has encouraged its fellows to form unusual ensembles and duets (such as a rapper paired with a classical violinist and a maraca player) that push them out of their comfort zones. Performers work with local industry leaders to craft workshops and discussions in the spirit of building an international, socially aware artistic community. OneBeat’s dynamic process breeds creativity on every front, even their choice of venue: fellows have performed a jam session in a Wal-Mart, making music with items like a chair and a rubber ball. The organizers like to describe the adaptive, youthful energy of OneBeat as in tune with a world changing more quickly than past generations could have ever imagined.  The Lucas Artists Program partnered in this effort by doing what we do best: providing an environment optimally conducive to creative collaboration.

Found Sound Nation (FSN) is a collective of musicians and artists who leverage the unique power of creative sound-making to help build strong, just, healthy communities. Founded by Christopher Marianetti and Jeremy Thal in 2007, FSN began with one classroom-based studio in a failing school in the Bronx, expanding to a wide range of projects, including producing the OneBeat international exchange with the Department of State. FSN partners with local youth, social organizations, music festivals, and artists across all disciplines to engage with people from all walks of life in an interactive process of collaborative music, audio, and video production, in order to give voice to underrepresented communities, unlock the creative potential of youth, and bridge cultural and political divides. Found Sound Nation is part of the music organization Bang on a Can, founded in 1987 by composers Michael Gordon, David Lang, and Julia Wolfe, which is dedicated to supporting innovative music, wherever it is found. Bang on a Can has introduced many international artists to U.S. audiences and has collaborated closely with U.S. Embassies in Tashkent, Moscow, Mexico City, Istanbul, Surabaya, Shanghai, and Budapest.
2015 OneBeat Artists:
Partners and Sponsors
Thank you to Montalvo’s Sponsors:
The Jo and Barry Ariko Fund • Kathy & Joe Beyers • Russ Irwin • Marcus Family Foundation ​
Special thanks to these sponsors who helped us feed the OneBeat artists:
Manresa Bakery • Gene’s Fine Foods Saratoga • Rose Market • Safeway Los Gatos • Costco San Jose
​ 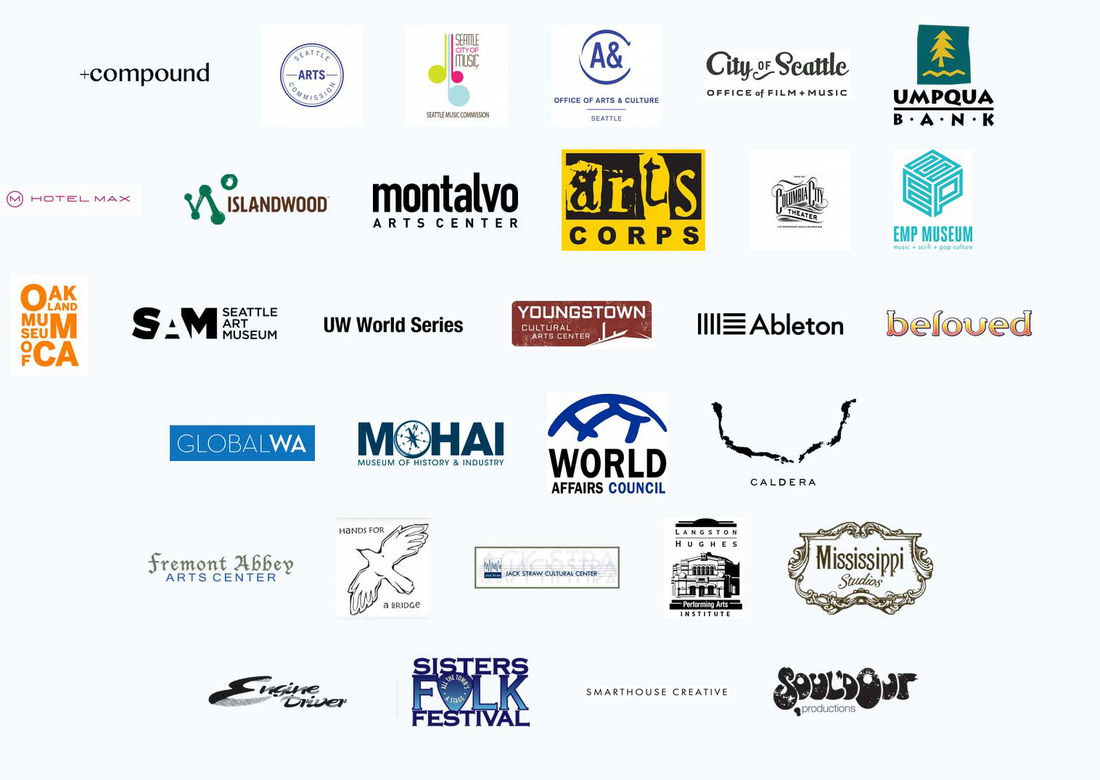